Mycorrhizal or Mycorrhizal is a type of fungus that resides in the soil and looks like fine thread tissue. The name Mycorrhizal itself comes from the Greek language, consisting of the word “fungus” or “fungus” and “rhiza” meaning “root.”

This fungus produces mycelia, which is a filament or fine fibers that interact with each other as a link between the plant roots. At the same time, mycorrhizal fungi are an extension of the root system of the plant. So it is possible to reach and absorb macro and micro nutrients that are stored deep in the soil.

As mycorrhizal population decreases, certain problems arise. Sadly, conventional farming practices such as soil plowing, the use of high-dose synthetic chemical fertilizers, and chemicals such as fungicides, herbicides, and pesticides are very harmful for mycorrhizal fungi where the amount in the soil tends to decrease.

It is not uncommon for us to find agricultural land with rapidly drying surface conditions. Also if the soil’s texture has been excavated, the interior is very hard, not hollow. However, while the dose of the use of synthetic chemical fertilizers continues to increase, the plants ‘ efficiency has not significantly changed.

Agricultural land that continues to decline productivity can result in plants not growing properly, making it more susceptible to disease. Not to mention that many weeds or pathogens have been resistant to pesticides and insecticides, which in conventional agriculture can lead to a greater risk of crop failure.

How can mycorrhizal fungi be restored and preserved in the soil?

Using heavy equipment, mycorrhizal fungi can grow well in land that hasn’t had a lot of soil processing activities. Examples such as rain forests that were not touched by humans. Although there are no tillage activities like plowing or turning over the soil, the more fertile the soil conditions are.
Well, that’s where the position of mycorrhizal fungi and other microorganisms are very well positioned to sustain and cultivate the soil in harmony. Mycorrhizae and microorganisms can support compost organic material processes and attach soil particles to increase porosity.

Baca Juga :  Take Care Of The Garden In Autumn To Grows Well In Spring

Many steps that can be taken to better involve mycorrhizae;

Plants connected to the mycorrhizal fungal filament network will be able to activate chemical compounds when pests or diseases pose a threat. Only a group of plants that are symbiotic with mycorrhizal fungi owns the defense mechanism.
This is separate from less fertile soil, which contains a small mycorrhizal fungus. Plants living in these soils are not able to activate mechanisms for self-defense. Thus in the case of the use of chemical medicines, human assistance was needed to control the attack of pests and diseases.

Plants also need minerals in the form of macro and micro nutrients during their lifespan. Starting with NPK, calcium, boron, zinc and iron. These nutrients are still very much contained in the soil. Only a small percentage is absorbed, however, and plant roots may absorb it.
Most of the others are bound to soil minerals and are locked so that plant roots can not use them.Through its long thin filaments and hygiene, mycorrhizal fungi can reshape the macro nutrients that are bound to the soil to allow plants to absorb them.
Rather, mycorrhizal fungi obtain nutrients provided by plants in the form of carbohydrates or sugar by 10-30 percent. 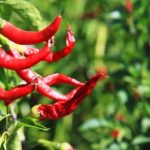 Easy Tips to Plant Red Chili in a Home Garden 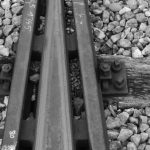 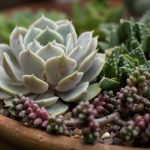 Are Succulents and Cacti the Same? 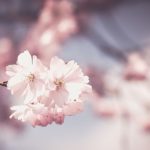 How to Grow Cherry Blossoms On Home Garden 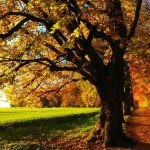 Take Care Of The Garden In Autumn To Grows Well In Spring
Tag:Home Garden
sebelumnyaAre Succulents and Cacti the Same?
selanjutnyaEasy Tips to Plant Red Chili in a Home Garden